Can you be Unmarried and Happy?

Can you be Unmarried and Happy?

“Dr. Iyabo, how can you talk about happiness when you’re not married!?”

I had a book signing event in April of this year, at a bookstore in Atlanta. There were roughly 50 people in the audience.

I had been reading snippets from my book for a while, and then I opened the floor to questions. I was having a good time at this signing…my biggest audience so far, compared to the other signing events I’d had that spring. My daughter had serenaded us with her singing in the beginning, and the questions had been enlightening, when…boom! A lady in the audience, who I’ll call a friend, dropped her explosive question!

I had previously met her at a mutual friend’s event about a year prior to that, and we had become friends on Facebook. She is probably in her late 30s to early 40s.

“Dr Iyabo,” she asked, “how can you be happy, and posting on social media about happiness, when you don’t have a man in your life and you’re not married? And by the way, we’re not even sure which way you are—maybe it is women you’re interested in?”

Well, well, well, I was more than shocked! I took a deep breath, composed myself, processed her question, shifted my posture, forged a smile on my face, and started to fish out the best response my brain could offer me in this public situation, to this kind of question—all done within about 10 seconds.

The silence in the room was deafening. The look on everyone’s faces was a perplexed and stunned one. I made eye contact with my daughters, ages 20 and 14, and they were seething with fury. I knew they were dying to respond on their mom’s behalf, but they couldn’t. Needless to say, this is a topic I’ve discussed with them many times, what true happiness is. The overall tension in the audience after that question was palpable.

So yes, as I fully composed myself, I responded with a smile on my face.

I must also share with you the composition of the audience. There were two men in the audience who came with their wives/partners. The husband co-owner of the bookstore was around somewhere, but not right in the audience…not sure he heard the question. My boyfriend  was on his way, so he missed the question. How I wished he were there to capture this moment in time.

Everyone else was female, ranging from 14 years old and up. There was a group of soon-to-be college women who were interning with a friend of mine who owns a fashion studio. My friend had prepared them about how they would hear of ways to be permanently happy, to be motivated, and to succeed in life. Yes, of course they really needed to hear how their happiness is directly related to having a man in their lives! Whoa!

So my answer began, and it was a layered one. “My happiness certainly doesn’t rely on the presence of a man in my life. Why would it? True happiness and peace comes from within. Why would I outsource my happiness to someone else, even my partner/husband? This is partly why I was inspired to write my book Permanent Happiness, to reveal to us how to be authentically happy.

“None of the three steps states that happiness can only be achieved if you have a man in your life and/or you’re married. And this is how, as women and as a society-slash-world, we confuse the girls and young ladies coming behind us with the notion that they amount to nothing and cannot find life fulfillment if they are not paired up with a man. And by the way, I’m in a relationship with a man, but I’m not one to post about my relationship online. I’m not attracted to women romantically. I’m not a lesbian. Not saying there’s anything wrong with lesbians, I must point out.”

Obviously, these were not my exact words, as this part of the event was not recorded, but these were the layers I responded in.

Another answer I would have loved to blurt out, because it came right to the forefront of my brain, but which I couldn’t say out loud, was, “Maybe I’ve actually been really happy and at peace with myself because of the very fact that I’ve been single and have had time to rediscover myself since my divorce. I’ve had time to find out the true ways to find permanent happiness and inner peace in the absence of a man, which is, by the way, very possible.”

But I kept that knee-jerk answer inside and saved it for this blog post.

It is sad to think that some women actually believe the lie that you can’t be happy without a man in your life. You would think it would be something men would believe, not women. I guess women have been conditioned in so many cultures across the globe that a woman’s purpose is marriage and her identity is not complete until she’s married. Hence, every little girl’s constant dream of her wedding dress, wedding day, and all the fairy-tale wishes of being taken care of by their husband, him providing all her needs and wants, and of him making her happy forever after.

No wonder there is so much depression, sadness, insecurity, low self-esteem, and feelings of unworthiness running rampant with our girls and young ladies. A breakup of a relationship in a high school-age or college-age girls often leads to ongoing feelings of major rejection, dejection, and sadness.

Young ladies often wait and wonder when their boyfriends will propose and put their happiness on hold till they are married, as it’s been stamped in their brains that marriage provides you with everything you need for your “forever happy.”

Women going through a divorce who find it so difficult to pick up the broken pieces and hurt, and who have no careers or purposes of their own outside their husbands’ and their kids’ purposes, often struggle to find happiness and inner peace.

This is the result of society molding girls and women as unworthy and as weak, especially if they are without a man.

Here’s a portion of an interesting but sad article published on BBC News online on August 15, 2018: “Why Single Nigerian Women Battle to Rent Homes,” https://www.bbc.co.uk/news/world-africa-45169688. Please read and ponder this:

Many landlords in Nigeria suspect single women of being prostitutes, making it difficult for them to rent apartments.

A successful career woman, Olufunmilola Ogungbile, 30, never thought that she would be sleeping on a friend’s couch after five months of apartment-hunting in Abeokuta city in south-western Nigeria.

She had moved from Lagos after securing a good job with the Ogun state government as a project administrator. Despite being financially independent, she struggled to find an apartment in middle and upmarket areas because she was single.

“The first question the landlord would ask me is if I’m married?” Ms Ogungbile said, “I’d say ‘No’, and they’d follow with, ‘Why not’?”

She was often left puzzled.

“What does my marital status have to do with me getting a place to live in?”

“Ninety-nine per cent of the landlords I met did not want to rent to me because I am a single woman,” she told the BBC.

“Most landlords and agents would tell me, ‘Can you bring your boyfriend or your husband?’ In these kinds of apartments, we don’t like boys coming in. We just want decent people.”

So, there you go, readers of this blog post. Food for thought, thoughts to ponder.

How do we change the status quo?

This sad state of affairs with the stigma on single, independent women is up to all of us to change.

How do we change this?

By speaking up and exposing what’s going on with women’s rights.

By being a voice for every girl and woman.

By encouraging all girls to stay in school, get a good education, and complete college so they become confident women with their own careers and with a voice.

By being women who are ready to let go of all the lies we’ve been told over and over…that we are unworthy.

By being women who encourage other women and let them know their worth and strength does not lie in being coupled with a man.

May we all be permanently happy by inspiring and encouraging other girls and women and by being a voice to denounce oppression of women in any way. 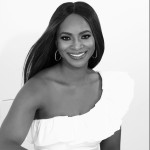 The Oxford dictionary says that submission is the action or fact of accepting or yielding to a superior force or to the will or authority of another person. It can...

An Introduction to Plant-Based Eating for Kids